I often come across these pious coercers who offer me the advice: Holding on to anger is like, drinking poison and expecting others to die.

Sorry, you’re confusing suicide with murder. You’re worried about me causing self-destruction or at the very least going Van Gogh. I am endorsing: emotional harm, harsh-criticism and belittling, wherever appropriately needed. Although, all that, mind you, as a response of something that they started first and not as a proactive name-calling or aggressive first-move sadistic humiliation. But precisely targeted venom spewing nevertheless. Because let’s face it, decry at times, is important.

Let Buddha not get affected by the wrong deeds of the other human beings. You be the reciprocator of someone’s fucked up karma. That would usually get you your work done in today’s times.

Have you ever tried meditating and then realized it’s frustrating when it doesn’t work? Happens to the best of us! 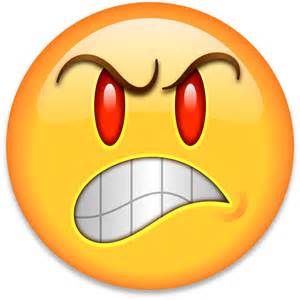 You sit there for ten minutes, check your phone twice in between, adjust the rug under your butt every twenty-second, change the music to a soothing cacophony of tropical birds (Toucans, Parrots and Co-ck Atoos), wear tight headphones that are designed to cut off the circulation to your brain and then take forever to find that sweet spot. But that sweet spot often leads to very sour experiences. You move from the rug to a dining chair, to a bean bag, to finally your bed, where the pillows are fluffy and the mattress is comforting. You might as well lie down now. And if you are lying down (or is it laying down?), you can switch on the AC and tuck yourself inside the blanket. Close your eyes and listen to the guided mediation by some lady who also happens to be an essential oil enthusiast somewhere in Alabama. See if that works!

You wake up from a nap half an hour later and find a hypnotic voice telling you, how you are healing (from what?) with each breath you take. How your fingers and limbs have purple energy flowing through them. How your breath is a wave and your lungs are trees and your nose is a cave and you are a moron for believing all that. How you are one with the universe and the universe is one with something else and how they have no fucking idea what they are talking about. But by the end of the meditation, you have healed. How? No idea! But you have. You must have. How would you not with all the cosmic jargon thrown at you?

The truth is, you were snoring! Your posture was awful, causing a lot of pressure on your cervical spine. That’s not healing! That’s a good old recipe for spondylosis.

But if failed meditation makes you angry enough to finally go for a jog, then go for it. Run like that Subway surfer dude or that Temple Run guy. See if you can collect stuff on the way; coins and artifacts, Greek vase and Golden Llama, Ushabti and Neo Dagger, Demon Claw and Ruby Shard. They aren’t worth much but you can brag about them like they are real estate. People tend to value things that they think are somehow unique.

Or just Run like Forrest Gump. Dress up stupidly, talk stupidly and do stupid things, because his mama said stupid is as stupid does.

But if the anger doesn’t come naturally to you, then pretend. I do that sometimes. I pretend to be furious in a very theatrical way: I buy a revolver, watch a couple of Samuel L. Jackson’s movies, work on my baritone, and then I strike down with great vengeance and furious anger unto those who poison and destroy my brothers. And you know my name is lord when I lay my vengeance upon thee. 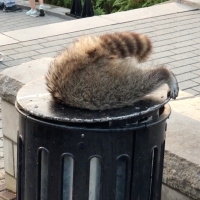 Blurring the lines between poetry and prose

Book Blogger, Author, and I talk about dogs...a lot